Working Conditions of Nannies in the UK 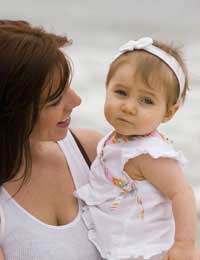 The working conditions for nannies in the United Kingdom vary in almost every case. Being a nanny comes without a traditional work place - instead it means working within a family’s private home. In general this home should be clean and safe, but other aspects of the working conditions will need to be discussed and agreed upon by both the nanny and the employers. Wages, duties, accommodation are all aspects of a position that should be made clear from the start and included in a formal contract. Perks, or the “extras” enjoyed by a nanny, may not be formalised in a contract but they should also be understood from the start.

Nannies are generally responsible for all aspects of childcare during their working hours. For live in nannies, it should be discussed whether these duties including waking up a child up and putting a child to bed. Transporting a child to activities, helping a child with homework, arranging and supervising play time activities for a child and taking a child on outside activities are all common duties of a nanny. Doing laundry, preparing a child’s meals and running errands during the day may also be the responsibility of a nanny though any duties not obviously related to childcare should be discussed and agreed upon.

Live in nannies should always be provided with a private room that has a door. If the door includes a lock then nannies should be told if the employers are keeping a copy of the key and the circumstances under which the employers would enter the room in the nanny’s absence. Everyone involved should be clear that a nanny’s private room is not an area that the children should be visiting and that it is a private area in which the nanny may relax without interruption during his or her off hours. Live out nannies should also be aware of the areas that they may use for private breaks or while children do not need direct supervision.

Perks are a part of a modern nanny’s job even though they usually are not laid out formally in an employment contract. Flexible hours, a limited number of children to care for, setting their own rules and being able to work relatively unsupervised are all perks that come with most nanny jobs. Nannies also have access to their employers’ homes and utilities, many have access to a car provided by the employer or transportation costs covered by the employer, many have access to country clubs or social clubs provided by the employer, and many travel with their employers as needed. Mobile phones and other communication devices are also fairly standard nanny perks. At the holidays a bonus or gift is also usually given to a nanny.

A nanny’s working conditions will usually be dictated by his or her employment contract. Wages, duties, accommodation and perks are all aspects of a job that nannies should consider carefully before deciding if they will accept the working conditions that will result.